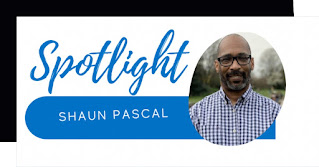 Spotlight interview of Shaun Pascal When a passion is ignited deep within you, even starting at a very young age, it will continue to grow. Detective Constable Shaun Pascal knows this feeling very well, since his passion was ignited at the young age of five. Although his road was not easy, his passion never dwindled. Due to the stigma associated with the police force in Shaun’s community, as a teenager he felt discouraged about pursuing his dream. The thing he wanted most, to join the force, he was now questioning. It was 2004 when Shaun received the final push he needed. This particular inspirational push came from an older colleague who had worked on the force. After considering things, he finally took the leap. Even though he struggled at first, he persevered through to the end, completing all his training and exams. It was at the end where his family was able to proudly watch him march in his uniform for the first time. As a member of the Metropolitan Police Force for 17 ½ years,
Post a Comment
Read more